The Monopoly On Eyeglasses Needs To End 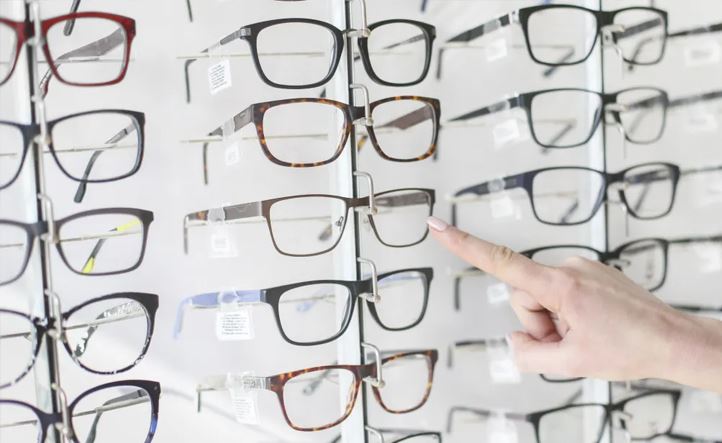 I have been wearing eyeglasses since I was three years old. Seventeen years worth of glasses has racked up quite the bill. And I’m not alone — according to the Vision Council, a group that is supposed to be a “global voice for eyewear and eyecare,” around 64 percent of adults in the United States wear glasses. Another 11 percent wear contact lenses, and many contact wearers use glasses to supplement their contacts before they put them in in the morning and after they take them out at night. The prevalence of eyeglasses seems like it should drive prices down. Competition between different brands and retailers should make eyewear affordable.

Have you ever heard of the company Luxottica? I hadn’t until recently. This company has secured a monopoly over the eyeglasses industry and, as such, has jacked up prices. They own or license brands like Brooks Brothers, Ray-Ban and Coach, as well as retailers like Pearle Vision, Sunglass Hut and Target Optical. Anywhere you buy them, you’re getting Luxottica frames and lenses. As David Lazarus, a business columnist for the Los Angeles Times, points out, “You go into a LensCrafters retail outlet, where the salesperson shows you Luxottica frames under various names, and then the company pays itself when you use your EyeMed insurance. A very sweet deal.”

On average, frames cost around $231, and a pair of basic, single-vision lenses cost about $112, so the average no-nonsense pair of eyeglasses will run you almost $350. Especially for children and young people, lenses need to be updated often on a yearly basis, which creates an annual cost for upkeep. Additionally, frames tend to only last a few years, and that’s not even counting incidents like stepping on your glasses while trying to find where you dropped them or losing them in a waterslide, both of which I have done.

Eyeglasses can be a constant expense, but they don’t need to be. The average frames cost just $10, and though lenses require more work and specialization, the production process is almost completely automated, and most lenses are made from plastic. An article on BoingBoing.net, an online zine and blog, even claims that “a pair of prescription lenses that cost $1.50 to make sell for $800 in the USA.” Lazarus reached out to the Vision Council for a comment on pricing, but they refused to respond with any kind of answer to his inquiries.

Glasses are a medical necessity for two-thirds of the United States. I could not function without my glasses; I need them to read, drive and even just to walk around without bumping into people and objects. And yet, they are so financially inaccessible. This practice of monopolizing a necessary medical aid and jacking up the prices is unfortunately not as rare as it ought to be.

Developers cite research and development of products as well as the other costs associated with bringing a drug or product to market as reasoning, but as in the case of eyeglasses, these reasons seem hollow. Poor excuses only highlight the evident greed fueling these corporations’ price hikes. Insulin, for example, has tripled in cost, even though the amount of people with diabetes is rising, which should make it easier for drug developers to make back the money they spent. Similarly, the price of EpiPens has surged even though the actual cost of epinephrine, the drug inside EpiPens, costs only a few dollars to create.

Luxottica’s monopoly should be criminal. When companies increase prices unnecessarily to line their own pockets, it hurts everybody. It especially affects the impoverished population who, because they cannot afford eyewear or other medical necessities, may have to go without it. No one chooses to be visually impaired. It’s about time eyeglasses were affordable for all.