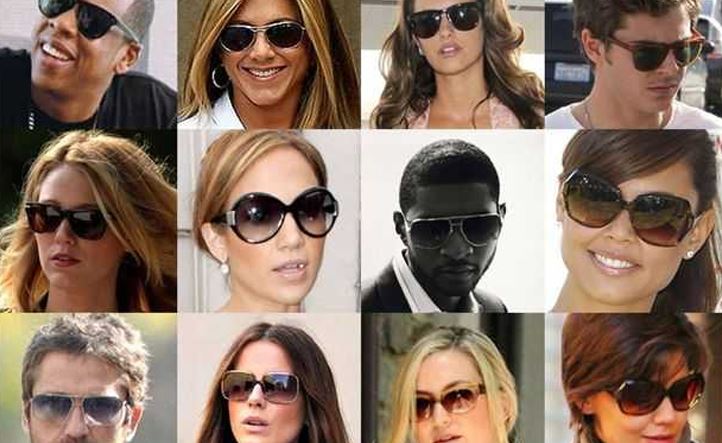 FOR CELEBRITIES, THEIR glasses tend to just become another extension of their impeccable style. It’s also an opportunity for them to play around with the exciting trends that are constantly emerging from the catwalk.
For many, like Johnny Depp and Zooey Deschanel, it’s hard to even picture them without their glasses. Or often, hard to tell whether they look better with or without specs.
So, which A-listers are currently creating glasses-envy the world over? Here are a few particularly stylish choices to feel inspired by next time you badly need a new pair.

Goldblum has been acting for around 45 years and in that time we’ve seen his glasses style evolve almost as much as his acting career. He’s so synonymous with glasses that he was once the focus of a guide for finding the right glasses, created by GQ. These days you can expect to find him in thick, black acetate frames.

Eva Mendes was late to the glasses game, but as she told InStyle, the actress wanted to wear glasses her whole life and thought the bespectacled kids in school were special as they got to wear them. She also told Elle that she was really excited to wear reading glasses and had even previously worn glasses without a prescription.

Just like her fellow Mad Men co-star, Hendricks is a great source of glasses inspiration. In fact, she once hosted the launch of Specsavers Spectacle Wearer of the Year in Australia and was then an ambassador. The actress has worn glasses for years and says, “I definitely have outfits that I think look better when I accessorise with my glasses.”

You may recognise him from Brooklyn Nine-Nine and films like I Love You, Man but you may recognise his glasses from their dedicated fan page on Tumblr. He joked to Access Hollywood that ‘hot glasses wearer’ was a more accurate description than ‘hot comedian’ or ‘hot actor’ and referred to his band The Lonely Island as ‘The Glasses Patrol’.

Offscreen, Oscar-winner Nyong’o is known for her refreshing realness (like the time she listened to Taylor Swift to get through a hard time). Never did she seem more real than the time she wore her reading glasses on stage at not one but two major award ceremonies, including the 2018 Oscars. Of course, they looked amazing with her gown.

For Steve Carell, glasses are by no means just for awards shows. He first experimented with glasses for films such as Dinner For Shmucks and they soon became a constant feature. Carell has happily sported this specific pair everywhere from the red carpet to running errands around New York ahead of an appearance on Saturday Night Live.

If you’re a fan of Parks and Recreation, I Love You, Man or The Social Network, you’ll be very familiar with Rashida Jones. The actress has her own line of glasses. She once told Conan O’Brien: “I have terrible, terrible vision and I refuse to wear contacts.” The interview ended in both Conan O’Brien and his co-host trying on her chic glasses.

Undoubtedly, you’ll recognise that smirk from Mad Men and films like Bridesmaids, but you may not realise that Hamm also looks great in glasses. He usually opts for a square shape in either black or clear frames. As this interview with Esquire proved, he’s not immune to losing them when he needs to jot something down, not unlike the best of us.

When you’re the manager of a Premier League team, it’s absolutely essential that you have a pristine view of the pitch. Klopp has also been through a glasses evolution ever since he first played professionally back in 1987. These days, he’s easily recognisable in his clear lenses, though he says that his last pair made him look like a serial killer.

Castleknock’s very own Colin Farrell has been flying the flag for us for years, most recently in shows like True Detective and in the long-awaited remake of Dumbo. He’s championed a variety of different frames but most recently, you can find him in gold-rimmed circular frames that complement his brown eyes. Take a closer look here.
Inspired to get your hands on a new designer pair for yourself? Specsavers are offering 2 for 1 on designer glasses from their stylish €129 and €239 ranges – all you have to do is pay for one. Choose exclusive designs from the likes of Karl Lagerfeld, Tommy Hilfiger and Karen Millen. Have a look at the full range here.